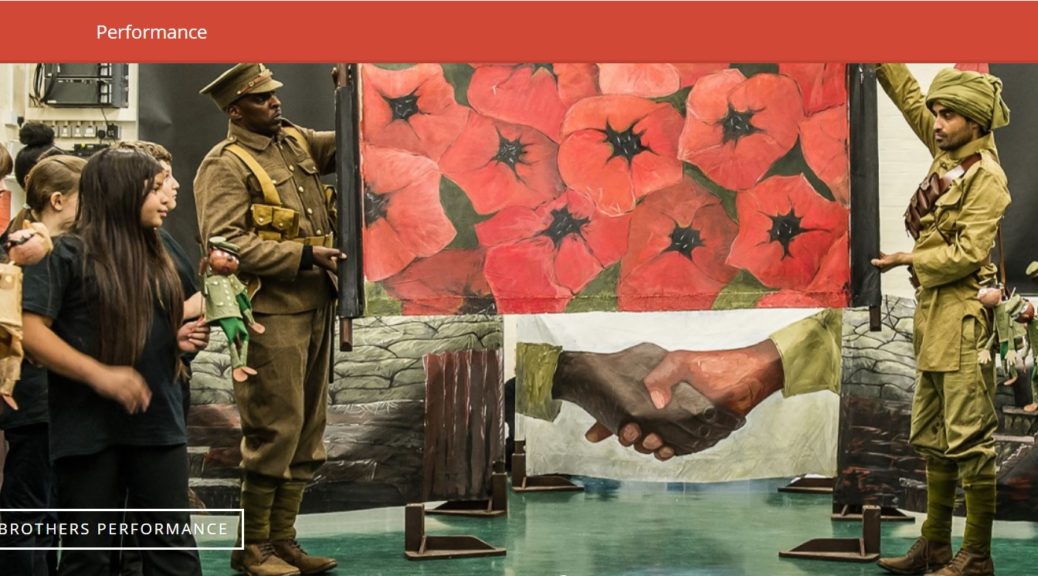 Strike  Light – Arts & Heritage has been engaged to work on a new project ‘Trench Brothers’ in Sussex for HMDT Music.
The acclaimed ‘imaginative and inspiring’ Trench Brothers project commemorating the contributions and personal stories of ethnic minority soldiers in the First World War will culminate in Brighton and the South East this year.
Trench Brothers brings the First World War to life for students through the experiences and personal stories of Indian Army, British West Indies Regiment and black British Soldiers.

Award winning charity HMDT Music is working with greatly respected community interest company Strike a Light – Arts and Heritage, to explore the stories of the impact the Indian Army Military Hospitals in Brighton and the British West Indies Regiment training camp in Seaford had on local communities at the time.

It is seeking volunteers to help embark on a voyage of discovery exploring local newspapers, archives and anecdotal reminiscences. Their findings will be captured and showcased as part of the interactive Trench Brothers Exhibition being shown at Newhaven Fort from August, which features a creative response to the subject matter.
The final strand to the project is an education project involving eight local schools using puppetry, composition, artefacts, costumed interpreters and cross-curricular learning, leading to them performing a newly commissioned music theatre work by composers Julian Joseph and Richard Taylor and librettist Tertia Sefton-Green alongside jazz and opera singers, musicians and puppeteers at Brighton Dome this October.
We will be delivering free training in archives and research with volunteers in the area, alongside visits to Seaford Museum, The Keep and the Chattri. This will lead to an exhibition this summer at Newhaven Fort from 4th August 2018.

For more information about volunteering to help with the research, contact: Nicola Benge: strikealight@rocketmail.com or 07727 006538.
owww.hmdt.org.uk/hmdtmusic/trenchbrothers/