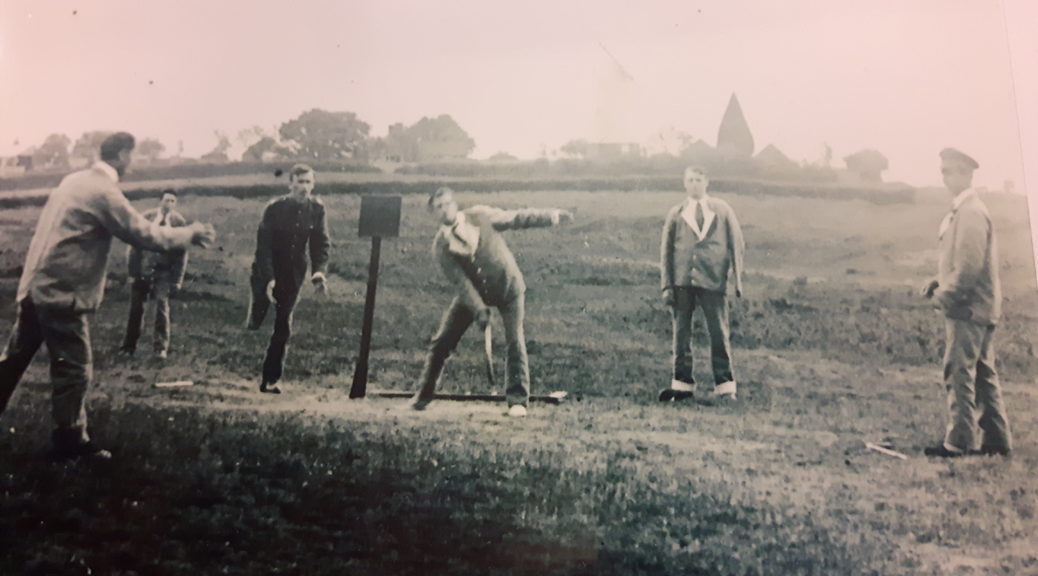 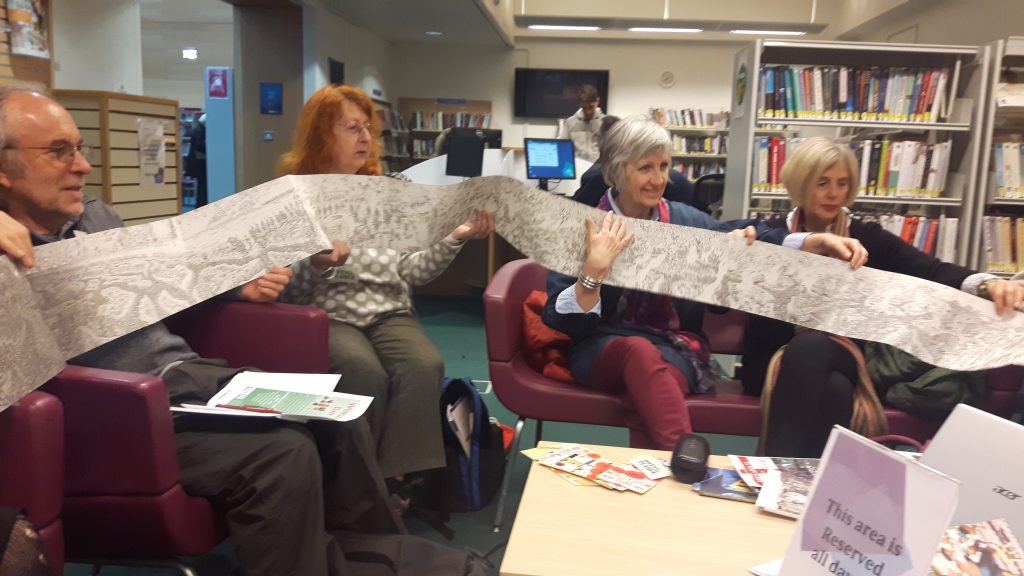 Thank you to those who attended our Conversations Cafe session this week. We hosted a session viewing the amazingly drawn diorama of the first day of the battle of the Somme (1st July 1916) by cartoonist Joe Sacco. There is a fascinating 6 minute short about it which you can view here. It is available in the graphic novel section of Jubilee Library and I urge you to look at it. It’s so long that our whole group held each section of it!
The main theme though of our session this month was with the very well-informed Stoolball England officer Anita Broad, discussing all things related to this Sussex based sport and its’ link to World War I and rehabilitation. Anita discussed the rich history of stoolball from its early origins, via the Victorians and WWI through to the present day. The traditional Sussex sport of stoolball, which originated in Medieval times, is still played enthusiastically across Sussex today. However, during the First World War the game was reinvigorated as an opportunity to continue the rehabilitation of wounded soldiers. 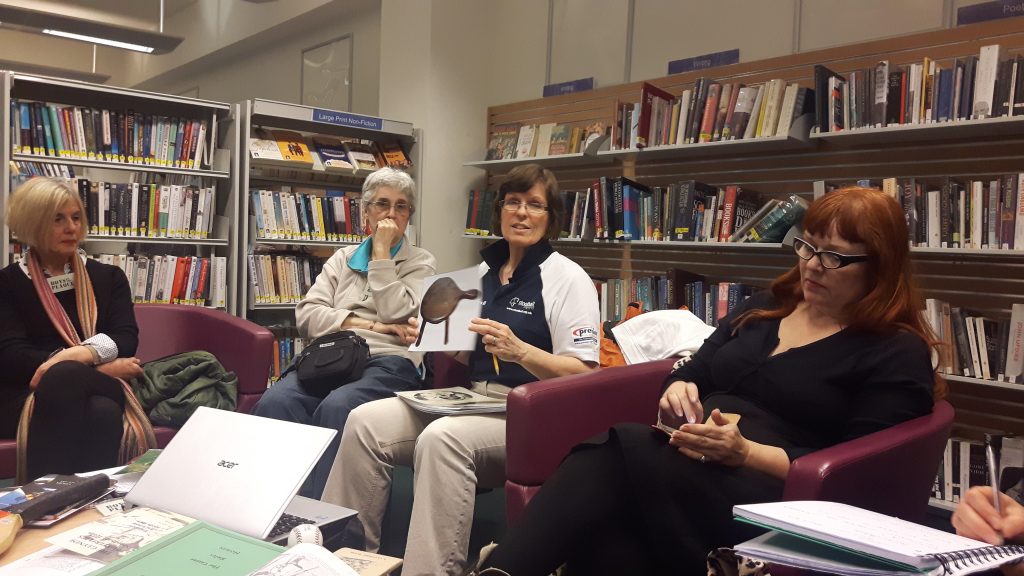 Traditionally a rural village women’s game, stoolball played a significant part in the rehabilitation of soldiers injured in WWI. The eccentric Sussex landowner Maj. W W Grantham of Barcombe and Chailey was solely responsible for the promotion of the sport nationally and internationally, both as an ideal sport for rehabilitation and a fund-raising resource.
Maj. Grantham began organising stoolball matches at the Princess Louise Military Hospital at Chailey Heritage and games were played against the soldiers at the Limbless Hospital for Men at the Brighton Pavilion. The popularity of the game quickly extended around the country and between the wars there were over 1000 teams playing stoolball. 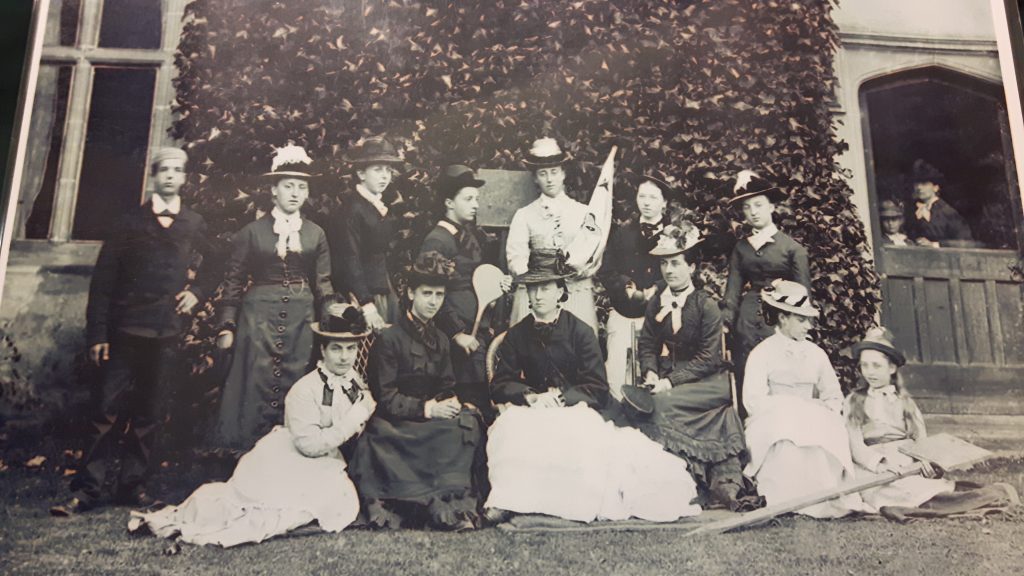 Stoolball has always been a sport heavily connected with Sussex and dates back to the Middle Ages where players would use their hand to defend a wooden stool from being hit by the ball. In its modern format, it resembles a mix of cricket and baseball with a wicket comprising a square piece of wood elevated at around head height and teams aiming to score runs with the bat whilst preventing the opposition from catching or bowling them out.
Major William Wilson Grantham is, in many ways, the modern saviour of stoolball. He was serving on a military tribunal in Britain with the 6th Royal Sussex Regiment when his eldest son received a serious injury on the Western Front. There were a variety of methods used for the treatment and recuperation of wounded soldiers during the war, such as military massage. The possibility for also participating in sporting activity and contest was highly appealing to the army but they were wary of games such as football, rugby and even cricket and tennis being to strenuous and physical for these men and, as a result, likely to exacerbate their injuries. 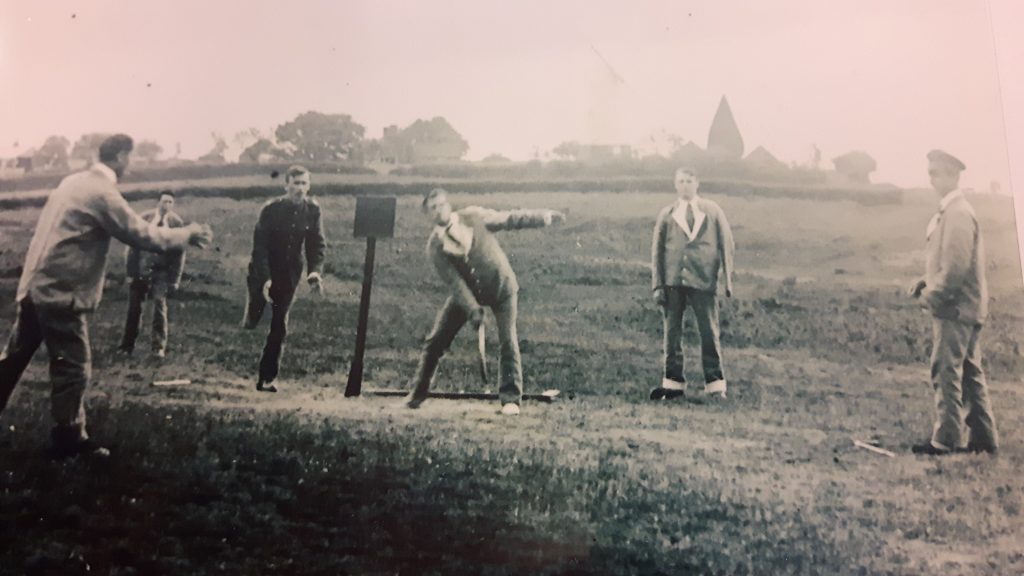 In response to this need, Major Grantham pioneered an inaugural stoolball match between wounded soldiers and elderly lawyers (including himself). The soldiers ran out victorious. Following the success of the match, Major Grantham began organising regular games in Sussex for injured soldiers. Such was the benefit of the sport it was played by both wounded soldiers and children at the St Nicholas Home for Raid Shock Children at Chailey Heritage. 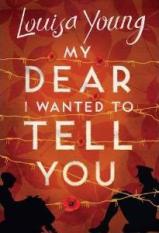 Our Conversation Cafes group have raced ahead with our related reading activity, looking at novels and non fiction books related to the Great War. Everyone who attended this week has already finished the book My Dear I wanted to tell you by writer Louisa Young. We chatted about it and it was a popular read. There is a sequel to this book The Hero’s Welcome, which we won’t be reading as a group but which is comes highly recommended. Thanks so much to the Brighton and Hove Libraries Service for the loan of these, and in particular to the communities and outreach libraries officer we’ve been engaging with through The Boys on the Plaque project -Kate Regester – who’s been incredibly helpful and supportive of our activities at Jubilee Library.
Our next book will be a novel by local author Umi Sinha called Belonging, again provided by the Brighton and Hove Libraries Service who have been invaluable to The Boys on the Plaque project. The book concerns a protagonist ‘Lila Langdon who is twelve years old when she witnesses a family tragedy after her mother unveils her father’s surprise birthday present – a tragedy that ends her childhood in India and precipitates a new life in Sussex with her Great-aunt Wilhelmina. From the darkest days of the British Raj through to the aftermath of the First World War, BELONGING tells the interwoven story of three generations and their struggles to understand and free themselves from a troubled history steeped in colonial violence. It is a novel of secrets that unwind through Lila’s story, through her grandmother’s letters home from India and the diaries kept by her father, Henry, as he puzzles over the enigma of his birth and his stormy marriage to the mysterious Rebecca.’
See you at our next Conversations Cafe on Wednesday 13th April at Jubilee Library 2.30-4.30pm. You can find out all about next months theme Conversation Cafe April 2016