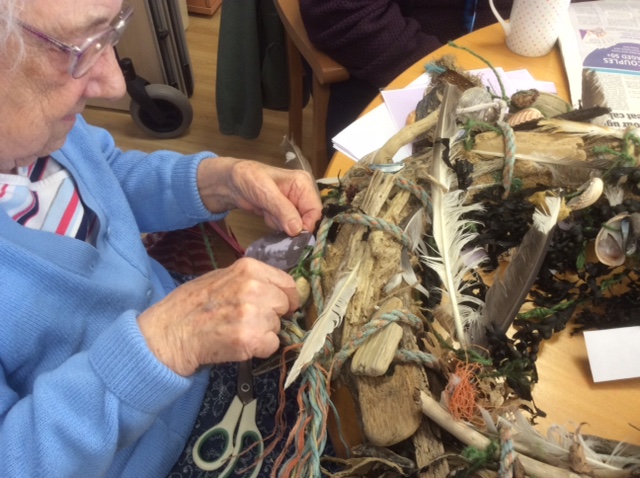 We’re pleased to have been commissioned to make a wreath for The Unremembered project in Hastings and St Leonards.
This is with the Big Ideas Company to develop activities with local community groups to explore the history of the Labour Corps – service personnel during World War I, and often forgotten in this part of history.

We created the wreath with 22 older people who meet at the Elizabeth Blackman Centre in Hastings, East Sussex. The session was facilitated by Strike a Light Director Cath Tajima Powell and it went really well. We’re really pleased with how it’s turned out!