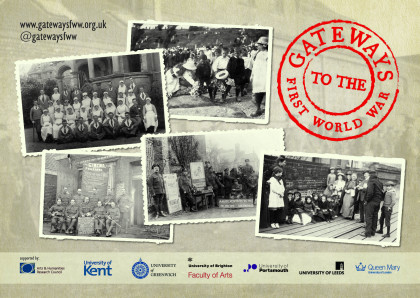 We’re hosting a Conversations Cafe with not one but two speakers this month!
The session takes place on Wednesday 13th April at Jubilee Library 2.30-4.30pm. Free to all. 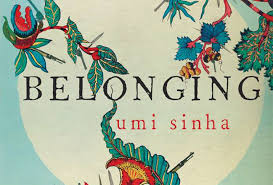 We’ll be starting a new book, a novel by local author Umi Sinha called Belonging, provided by the Brighton and Hove Libraries Service. From the darkest days of the British Raj through to the aftermath of the First World War, BELONGING tells the interwoven story of three generations and their struggles to understand and free themselves from a troubled history steeped in colonial violence. It is a novel of secrets that unwind through Lila’s story, through her grandmother’s letters home from India and the diaries kept by her father, Henry, as he puzzles over the enigma of his birth and his stormy marriage to the mysterious Rebecca.’

We’ll be welcoming Dr Sam Carroll of the Gateways to WWI project who will talk about the breadth of this project, and discuss aspects of their activities and experiences alongside discussions about the Great War.
Gateways to the First World War is a centre for public engagement with the First World War centenary funded by the Arts and Humanities Research Council (AHRC). The aim of the Gateways team is to encourage and support public interest in the centenary of the First World War through a range of events and activities such as open days and study days, advice on access to materials and expertise, and signposting for other resources and forms of support.
We will also be meeting historian Douglas d’Enno, a historian, linguist and journalist who has made an exhaustive study of the impact of the First World War on Brig 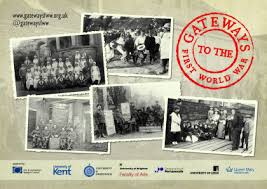 hton. Douglas is the author of new book, Brighton in the Great War and writes: ‘Although the impact of the Great War on Brighton was profound in many ways, the town was spared any direct attack by the enemy. The fear of spies and sabotage, however, was widespread at first and aliens were an issue which had to be swiftly resolved under new legislation. Allies, of course, were warmly welcomed, with accommodation soon being found in particular for those fleeing the catastrophic events in Belgium.’
Sessions are part of the World War I focussed Boys on the Plaque project and supported by the Heritage Lottery Fund.